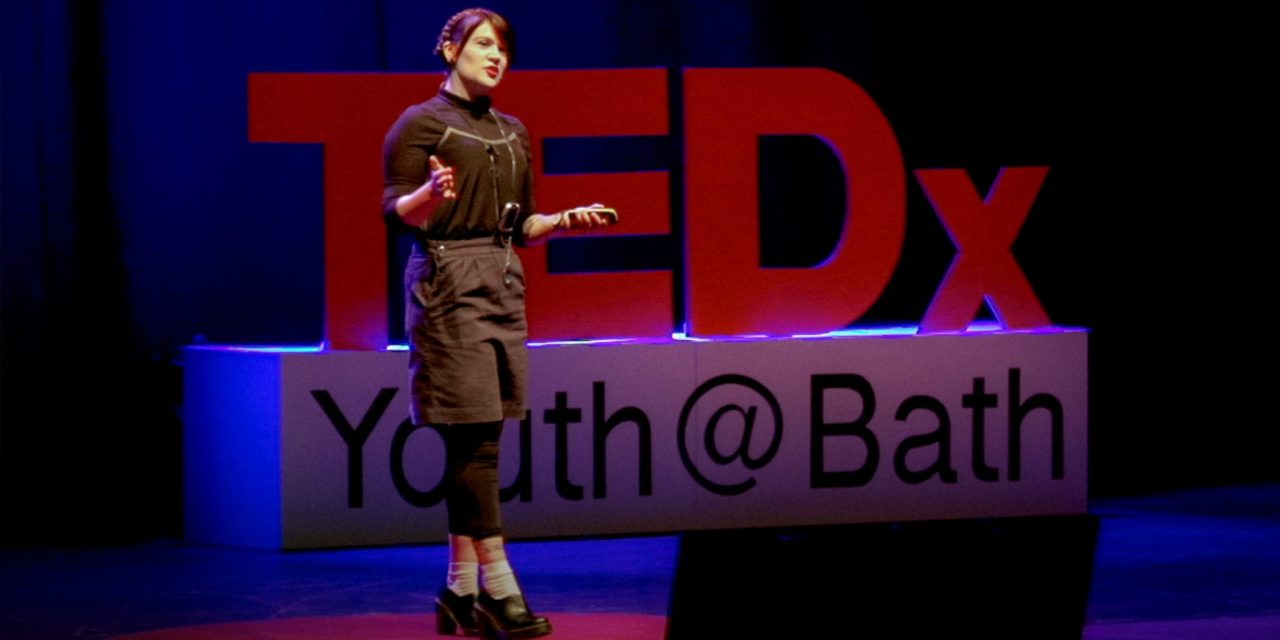 Today’s TED video lesson is about activism and personality. Many people think that if you want to change the world, you need to be outgoing – in other words, an extrovert. But is that really true? Isn’t it possible that the world could be changed by introverts? In this TED video, Sarah Corbett argues just that point.

Note: We have previous lessons about using adjectives for good IELTS personality vocabulary.

Listen to the video closely from 02:57 and fill in the gaps. (Answers are below.)

And when I ended up just being a ____1____,because it’s the only job I can do, really –I was campaigning at university,and for the last 10 years, I’ve been a professional campaigner for large charities, and now I’m a creative campaigner ____2____for different charities as well as other work I do –but I knew that there were other forms of activism that were needed. I started ____3____about seven years ago to see what quieter forms of activism I could engage with so I didn’t burn out as an ____4____,but also to look at some of the issues I was concerned about in campaigning. I was very lucky that, when I worked for Oxfam and other big charities, I could read lots of big reports on what influenced _____5_____ and businesses and the general public,what campaigns worked really well, which ones didn’t. And I’m a bit of a ___6___, so I look at all of that stuff, and I wanted to tinker around to see how I could engage people in _____7_____  in a different way, because I think if we want the world to be more beautiful, kind and just, then our activism should be beautiful, kind and just, and often it’s not. And today, I just want to talk about three ways that I think activism needs ____8____.I think there’s lot of other ways, but I’m just going to talk about three.

Another theme from the video that matches an IELTS topic is that of social change – or, in short, society. This is related to charity, of course, which is also a main feature of today’s TED video.

Here’s a question from part 3 of the speaking test:

Q: What social problems are their in your country?

A: There are many social problems in my country. For example, there is a lot of poverty. Today, you see many people sleeping rough on the streets because they cannot afford to own or rent a house.

Some people think that only extroverts can cause social change, while others believe that introverts also have an important role to play.

Discuss both sides and give your opinion.

Note that I have put the word “only” in bold. I did this because it is key to understand the question. When you encounter a question like this, you should pay attention even to the small words. This is because they may play a vital role in the sentence.

Post your answers below! I will mark the first two essays. 🙂

Joe Landolina: This gel can make you stop bleeding instantly
Why Should You Listen to Vivaldi?
How to Become a Millionaire in 3 Years, by Daniel Ally
David Gallo: Underwater Astonishments
Helping Others Makes Us Happier
Angela Lee Duckworth: Grit: The power of passion and perseverance
How to Succeed? Get More Sleep, by Arianna Huffington
Why Do Cats Act So Weird?